Bad Vibes is a case featured in Criminal Case as the sixth case of Supernatural Investigations (Season 7) and the three-hundred twenty-eighth case overall. It is the first case to take place in the Southwest.

Disguised as FBI officers, Gwen and the player were approached and taken by spiritual healer Amanda Harrison to the office of her friend, fellow healer Rainee Day, who had been stabbed in the chest with a crystal shard.

Mid-investigation, environmental activist Zeke Davis asked the team if they had found his celadon dragon (a kind of lizard). Later, the team had to protect the crime scene from being tampered with by hippies who wanted to "recalibrate the energy vortices" there. They then found enough evidence to arrest one of the victim's clients, CEO Jesse Adams, for the murder.

Jesse admitted that he had fallen in love with Rainee but when he confessed his love for her with a crystal shard, she rejected him. Blinded with anger, Jesse stabbed her in the chest. The team then handed him over to Deputy Mayor Melissa Roanhorse, who handled his incarceration.

With Gwen away on a date with gold magnate Justine Bankston, Luke accompanied the player in talking to Deputy Mayor Roanhorse regarding the death of livestock in Arizona. She said that all the sheep death in the area had been left unexplained before directing them to Cathedral Rock. There, they found the shackled corpse of a sheep, which (per Ben) had evidence supporting Dr Aculus' claims. Zeke then told the team that there had been a trend of livestock dying occurring throughout the entire Southwest.

Meanwhile, Felix and the player helped cheer up Chief Arrow, who had been on edge all day due to the close association he made between Saguaro and his late wife Lily, by giving him a memento of him and his wife. After all the events, the team travelled to New Mexico after numerous reports of livestock death there.

Justine Bankston
Add a photo to this gallery 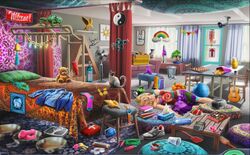 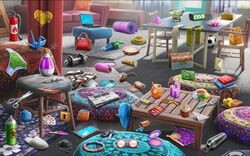 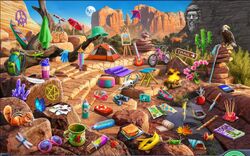 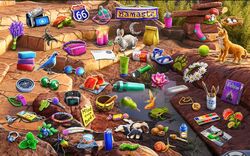 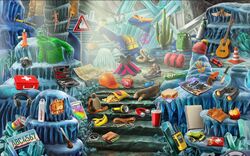 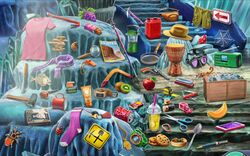 Cave Steps
Add a photo to this gallery

Something Wicked This Way Comes (1/5)

Retrieved from "https://criminalcasegame.fandom.com/wiki/Bad_Vibes?oldid=525164"
Community content is available under CC-BY-SA unless otherwise noted.