Chief Ripley said that SOMBRA had gone dormant after the events of the last case. She said that they would go to New Delhi in India where they would provide aid to the victims of a major earthquake. Carmen went with the player to the Taj Mahal so they could help Rising Hope, a non-government relief organization. Near the Taj Mahal, the cops found aid worker Donna Sandover, seemingly poisoned.

Mid-investigation, Carmen was hit in the head with a drawer after an aftershock hit the Bureau's headquarters. She was then sent to an improvised hospital while Jack replaced her for the time being. Carmen then returned to work with the player after she stopped a riot of patients demanding for medical care. The cops gathered enough evidence to incriminate Dr Sumati Misra for the murder.

Initially denying involvement in the murder, Dr Misra admitted that she killed Donna. Dr Misra was annoyed at Rising Hope telling her what to do. When Donna broke into her office, stole medicine for the victims, and threatened to report her for charging for complimentary treatment, Dr Misra was pushed to the limit. She then slipped an excessive dose of morphine in Donna's water bottle and waited for her death. Judge Adaku issued Dr Misra a 25-year jail sentence for murder and for charging earthquake victims for medicine.

Post-trial, Carmen and the player found a bottle of Dracoxia pills manufactured by O.M. MediLab near the Taj Mahal. Elliot and Angela confirmed that Dracoxia was an experimental medicine that could attack various viruses. Because of its efficiency, widespread and excess use would create a supervirus immune to all known medicine. Elliot also said that O.M. MediLab lacked transparency in its financial transactions. Because only Dr Misra was authorized to distribute it, she was then interrogated. She said that O.M. MediLab promised her access to their pharmaceutical catalog in exchange for updates on how patients reacted to Dracoxia. She also told the cops to find the last lot of medicine in the Lotus Temple.

In the temple, they only found an invoice that revealed Rising Hope selling a huge lot of medicine to O.M. MediLab. Warren Goodfellow, Donna's supervisor, said that the NGO had stored medicine they were not allowed to distribute. To gather funds for the NGO, Warren sold the medicine.

Also after the trial, Lars and the player found a camera near the Hanuman Statue. Elliot revealed that yoga teacher Bodhi Green had many meetings with a sect led by a Guru Padmasana. Bodhi only told the cops that the guru was the light in a world of darkness and people were purified by his light. Furthermore, he was going to lead a spiritual gathering in Mumbai.

At the end of the case, Chief Ripley sent Carmen and the player to Mumbai because aftershocks were causing tsunamis there. 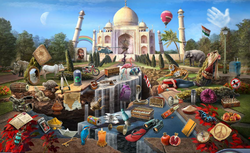 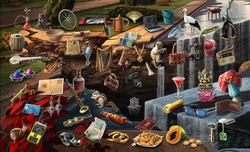 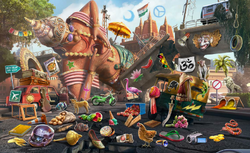 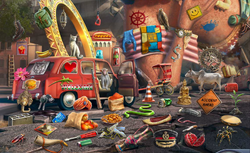 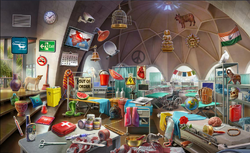 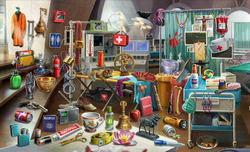