Back to the Future is a case featured in Criminal Case as the sixteenth case of Travel in Time (Season 6) and the three-hundred seventh case overall. It is the first case to take place in Altered Present.

The team landed in 2029 New York, only to discover that it was now named New Cairo and ruled by the Ptolemy Dynasty. Shortly after leaving the time machine, the team was arrested by a group of Egyptian guards, who seized the time machine and took Nebet with them. After breaking out of their cell, the team headed to T.I.M.E.'s HQ to report their findings to Chief Scott, only to find the HQ replaced by an apartment complex. After recognizing that the Chief was living there, the team entered his apartment, where they found him with his throat slashed with an electric knife.

During the investigation, the Chief's former assistant, derelict Anna Blanchard, told Amy and the player that she saw the killer escaping the building and discarding evidence in a nearby trash can. Later, the team discovered that neither T.I.M.E. nor time travel existed in the alternate timeline. Afterwards, the press got wind that the team broke out and a bounty was placed on their heads. Despite the pressure, the team found enough evidence to incriminate the victim's landlord Abrax Tiakken for the murder.

Upon admitting to the murder, Abrax said that the Ptolemy Dynasty ordered him to kill Scott, as he was considered subversive. Devoted to the regime, Abrax slit the Chief's throat with an electric knife. Recognizing them as wanted outlaws, Abrax tried to capture the team at knifepoint but Kai put him in a chokehold, knocking him out and allowing the team to tie him up.

After locking Abrax in the Chief's bathroom, Zara and the player talked to taxi driver Lenny Saunders, who saw the Chief interacting with strange individuals. Lenny said that those people belonged to the resistance, an organization working to overthrow the Dynasty. When Lenny told them the Chief was always fidgeting with what he thought was a key, they went back to his apartment and found a USB key, which (per Kai) proved that the Chief was working with the resistance after receiving the team's letter from 1969. Zara and the player talked with Anna, who showed them a box the resistance used to communicate. As such, the team sent the resistance a message.

Meanwhile, Jack and the player, in hopes of saving Nebet, searched the newsstand for information about the Ptolemy Dynasty. They found a newspaper clip which (per Orlando) proved that Pharaoh Ramses XLIII and Queen Shabaka (descendants of Cleopatra and Mark Antony) were ruling New Cairo. The article also contained details about the celebrations of July 5th, when the Ptolemy family rose to power, where "tributes were offered". Jack, Orlando, and the player then grilled Abrax, who said that people were delivered as slaves for the Dynasty during the mandatory celebrations. The team then concluded that Nebet was at risk of being offered as a slave.

After all the events, the team deduced that a Ptolemy family descendant staged the team's marooning in the past to engineer an alternate reality with the Dynasty in power. Shortly after, the team was approached by resistance leader Isabelle Huxley, who welcomed them to the resistance and took them to their lair, where the team vowed to save Nebet and restore time.

Rehema Tamun
Add a photo to this gallery

Isabelle Huxley
Add a photo to this gallery 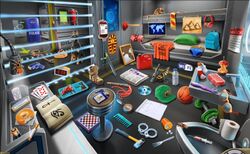 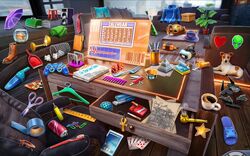 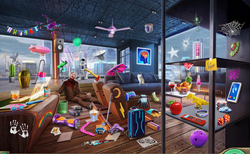 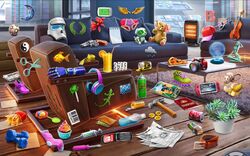 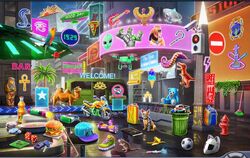 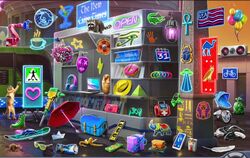 Newsstand
Add a photo to this gallery

Retrieved from "https://criminalcasegame.fandom.com/wiki/Back_to_the_Future?oldid=535932"
Community content is available under CC-BY-SA unless otherwise noted.