Aurelio Angelo Fernandez (2009–2011), appearing as a minor character in Criminal Case, was mentioned during the events of The Haunting of Elm Manor (Case #28 of Grimsborough).

Aurelio was the Fernandez's baby boy. He was brown-skinned just like his parents, and had black hair and also black eyes.

Aurelio was born in 2009 and died at the age of two in 2011, two years before the events of The Haunting of Elm Manor. He lost his life when he fell down from the Fernandez's mansion's stairs.

The truth behind Aurelio's death was revealed later on when his mother, Gloria, was arrested for murdering his father, Hector. it was revealed that Aurelio died because of his father's carelessness. But Hector had lied to everyone, including Gloria, and claimed that their house was haunted and that it had killed their baby boy. One night, when Hector was drunk, he accidentally spilled out the truth, admitting to Gloria that he wasn't watching Aurelio like he was supposed to that night while Aurelio was crawling around the house and later accidentally slipped and fell from the top landing onto the stairs. Gloria was enranged after hearing this and thus decided to kill Hector when the time was right. Since Hector couldn't remember telling the truth, Gloria decided to give him a drug that would make him believe that the house was really haunted. Day by day, Hector became more and more scared and he even started attending the church. Finally when the time was right, Gloria took the opportunity and murdered her husband by crushing him under a chandelier, making everyone believe that their haunted house killed him. 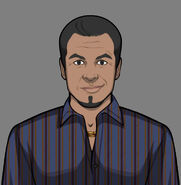 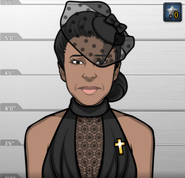 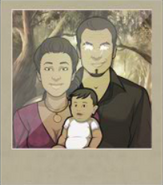 A photo of the Fernandez family.
Add a photo to this gallery

Retrieved from "https://criminalcasegame.fandom.com/wiki/Aurelio_Angelo_Fernandez?oldid=491934"
Community content is available under CC-BY-SA unless otherwise noted.