The Bureau headed to Bierburg, Germany under suspicions that the Promethian Cult would attack there. Chief Ripley told Carmen and the player to go to the village square, the center of the Oktoberfest festivities. There, they found Hollywood movie star Hans Vogel impaled on a cuckoo clock puppet pole.

During the investigation, Elliot found out the killer was in the Black Forest before the murder. Later, Bierburg Mayor Nagel disappeared into the Black Forest, prompting the team to search for her. They then found enough evidence to arrest hunter Johan Schnee for the murder.

Initially denying involvement, Johan admitted he killed Hans because he thought the secret he would out during his interview with Mayor Nagel was that Johan accidentally killed his brother, Christophe Schnee. In court, Johan said that the Promethians told him that Hans would reveal his secret. Judge Adaku sentenced him to 25 years in prison.

The team talked to Johan again to find Christophe's body. Johan said that he and Hans buried him in an old well in the forest. The team found a skull, which Angela said proved that Hans was Christophe's killer. The team then informed Johan of this discovery.

Meanwhile, the team went to the village square to find proof of the Promethians' involvement. The team found an ancient Greek vase, which (per Dupont) depicted the legends of the cult, one of which being the impalement of the cult's traitors. Suspecting the Promethians suggested that Hans be impaled, the team talked to Brother Klaus, who admitted to telling Johan to impale Hans, who was a Promethian before he turned his back on the cult.

After the events, the team found a Smart Mirror which proved that Hans would talk about the cult during his interview with the mayor. Marina and the player then interrogated Klaus, who escaped custody via smoke bomb. After issuing an alert regarding Klaus to all the European police and processing Klaus's testimony, the Bureau went to Greece to anticipate a Promethian attack.

Brother Klaus
Add a photo to this gallery 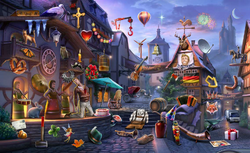 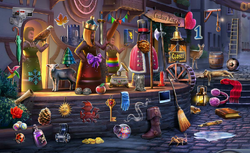 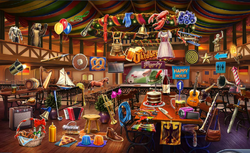 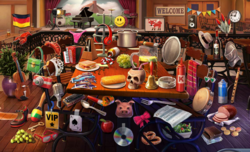 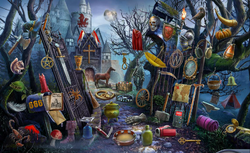 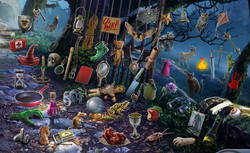 Creepy Gate
Add a photo to this gallery

Retrieved from "https://criminalcasegame.fandom.com/wiki/Auf_Wieder-Slain?oldid=409040"
Community content is available under CC-BY-SA unless otherwise noted.