Ashes to Ashes is a case featured in Criminal Case, appearing as the fifty-fifth case of the game as well as the city of Grimsborough. It takes place at the Airport, a district based in Grimsborough.

Previously, Tess Goodwin was reported on the loose following Ramirez's news about the convict escaping from jail. Jones, along with the player and Astrid (the dog Jones took care of at Margaret Littlewood's request) found Tess burnt to death at the stake at the Nautical Museum.

The team surprisingly received a letter from Tess to consult Constance Bell to investigate the docks in the natural harbor as it was in 1649, the year in which Mary Goodwin was executed. Constance agreed to help the team (appearing to be more cooperative as opposed to her Historical Center appearances) through the power of storytelling as if Mary was to be executed by a burning stake in 1649. Constance politely gave the artifacts from the library's archives to the team provided that it was of significance, and alas determined that Mary's execution was linked to Tess's murder. After a tedious investigation, Luna Hecate, a modern-day witchcraft practitioner of Grimsborough, turned out to be Tess's killer.

Luna found out that Tess spent hours in the detention center's library trying to study how her ancestor died and she could not afford to let Tess get away with it. Luna mailed a pendulum to Tess's detention cell so Tess could hypnotize the guards and escape. Luna's plan went well as she was able to corner Tess in the Nautical Museum (which looked like a pilgrim ship in the past). Luna tied Tess the same way Mary was tied up and then killed Tess the same way Mary was murdered in 1649. Luna admitted that she was a member of the Crimson Order, but she refused to out the name of the leader as her family had been Crimson Order members for generations, alas the Hecates were very good in keeping secrets.

In court, Luna stated that she did the city a favor but Judge Hall countered that Tess's guilt did not warrant a murder, which were grounds for a 25-year jail sentence for Luna.

Towards the end of this case, the team finally solved the big puzzle—why Chief Samuel King committed suicide. King would do anything in order to protect his granddaughter, Cathy King, from the notorious Crimson Order. He knew he was soon to be arrested by the team after committing the murder of socialite Adam Bentley. He knew if the team caught him alive, the Crimson Order would kill him after executing Cathy just like they executed his wife Donna King back in 2004 to prevent King from quitting the Crimson Order. Thus, King was afraid that if he ever talked, he would be passing harm to himself and his granddaughter. For this reason, Chief King shot himself to death, to protect Cathy, for she was all he had.

The team, at the finale of the case, could not risk telling all of this to Cathy since she would probably come to them looking for answers, and thus requested Constance to keep this secret until they could finally put an end to the Crimson Order.

Although the team solved the big puzzle, they were still left with two more tasks to complete: to find out why King murdered Adam and to unmask the Crimson Order's leader.

Constance Bell
Add a photo to this gallery 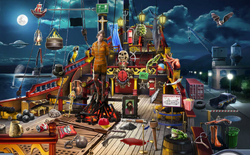 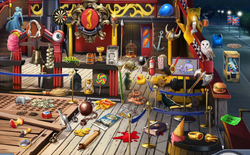 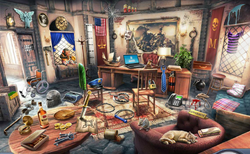 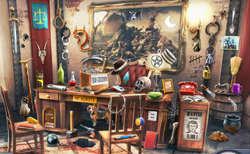 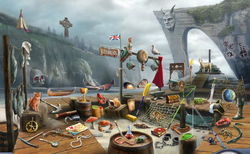 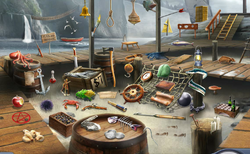 Drop-Off Point, 1649
Add a photo to this gallery

Retrieved from "https://criminalcasegame.fandom.com/wiki/Ashes_to_Ashes?oldid=483985"
Community content is available under CC-BY-SA unless otherwise noted.