Arrow of Injustice is a case featured in Criminal Case as the fifty-fourth case of Mysteries of the Past (Season 4) and the two-hundred twenty-fifth case overall. It is the final case to take place in the Ivory Hill district of Concordia.

Isaac and the player rushed to the City Hall's council chamber, where they found Mayor Cornelius Castletown shot in the head with an arrow.

During the investigation, the team found out Rose had regular meetings with the Mayor, forcing them to flag her as a suspect. Soon, Eleanor Halsted, who had gone rogue after her attempted assassination of Deputy Mayor Justin Lawson, was found. They then arrested her as well as Thaddeus Mulroney, who had released her when he was still Commissioner. Later, Maddie took over as the player's partner after Isaac got drunk after finding out his girlfriend Marla de Paradis had professionally slept with the Mayor. The team eventually found enough evidence to arrest Halsted for the murder.

Upon admitting to the murder, Halsted said that her time in prison made her realize that justice served by the system – including all its leaders and the police – was an illusion. Furthermore, she said that only gang leaders were truly righteous. For her vision to come true, she attempted to assassinate the Deputy Mayor and then proceeded to shoot a crossbow arrow from the nearby Starlight Cafe through the City Hall window and through Mayor Castletown's head. Judge Takakura sentenced her to life in jail for the second time.

Post-trial, Katherine Woolf told Isaac and the player that she was tipped off that Lawson was recruiting people for a secret army. The two then searched the council chambers and found a military cap with the logo of the "Justice Corps" in Lawson's moving box. According to Rose, despite no documents mentioning the corps, Lawson was looking for hired muscle. Lawson ensured the team that the Corps was just another security force to ensure that there was a corruption-free organization that upheld the law and order. He then told the team to attend his inauguration.

Meanwhile, Diego, Evie, Viola, and the player helped Charlie and Maddie prepare for their wedding. After all the events, the Squad attended Maddie and Charlie's wedding, officiated by Judge Takakura. They then attended Lawson's inauguration as mayor, where he declared his rule would start an era of justice. He also declared a state of emergency to ensure Concordia's safety and proceeded to abolish the free press to instate a newspaper called The New Truth, which he promised would only report true and just information.

Reconvening in disbelief, Chief Wright declared their next course of action was to keep watch on what would happen next in Capitol Peak.

Thaddeus Mulroney
Add a photo to this gallery

Judge Takakura
Add a photo to this gallery 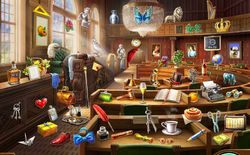 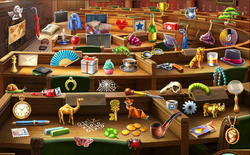 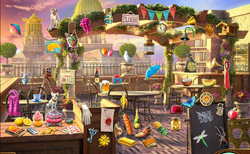 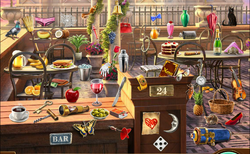 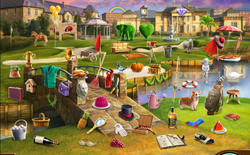 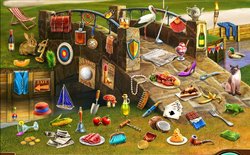 Golfing Green
Add a photo to this gallery

Start a Discussion Discussions about Arrow of Injustice