Annie Capri was the victim in Death at the Circus (Case #52 of Pacific Bay).

Annie was found hung up at the circus with several silk ropes, one of which was attached to her neck. Analysis from Roxie confirmed that one of the ropes was used to strangle her to death. She also found strange chemicals on the strangulation wounds, which happened to be fruit syrup diluted in water. The solution was also found to be frozen, which led her to the conclusion that it was shaved ice. This led the team to conclude that the killer eats shaved ice.

Annie wanted to leave the circus, accusing ringmaster Orsino Ziegfeld of overworking them. Meanwhile, Orsino thought that his performers owed him loyalty for giving them their jobs. Annie wanted to take her act partner, Mikey Bolero with him, but he tried to show her that they could not leave the circus, with the rest of the circus performers sharing his sentiments. The Hanoi Sisters were jealous of Annie, while she constantly made fun of the clown, Coco the Magnificent. Annie had stolen Coco's piggy bank while running away, further upsetting him. Freddy Gomez constantly texted Annie, offering her "protection" at his wax museum. When she took up the offer, Freddy made a wax mold of Annie's face, freaking her out.

The killer turned out to be Mikey.

Upon admitting to the murder, Mikey said that Annie wanted to leave the circus. However, he thought the circus was his life and so he could not leave; by extension, he could not let his partner leave either. When he found out she had fled to the wax museum, he caught her there, dragged her back to the circus, and strangled her with her silk ropes to keep her at the circus for life. Judge Dante sentenced him to 30 years in prison. 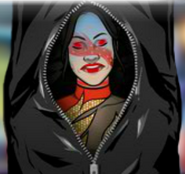 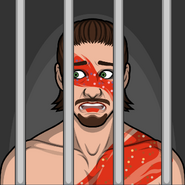 Mikey Bolero, Annie's Killer.
Add a photo to this gallery

Retrieved from "https://criminalcasegame.fandom.com/wiki/Annie_Capri?oldid=490893"
Community content is available under CC-BY-SA unless otherwise noted.