Mayor Annette Arbor was the victim in Uncivil Rights (Case #47 of Pacific Bay).

Annette was the mayor of Innovation Valley. She had blonde hair and green eyes, and she wore a beige dress with a presidential sash on it. Additionally, she wore gold earrings and a robot necklace of the same color.

Annette was found in the android graveyard crushed into a cube. The player and Frank came to the conclusion that she was crushed by her killer in the graveyard's car crusher. After sending her to Roxie, she managed to find a coin in the victim's mouth. Further analysis from Russell revealed the killer deliberately left it there and that both sides were the same. He managed to reveal a message from the killer saying, "You gambled and you lost". From there, the team managed to reveal the killer was a gambler.

Annette was planning to enact a law named the Robot Act that promised to recognize the most sophisticated robots as members of society, granting them civil rights and replacing human employees. This was in part due to Meteor Systems (via Karen Knight) offering to provide her with hundreds of robots for menial jobs, essentially allowing Innovation Valley to be taken over by robots. However, Karen was tasked to "deal with" Annette as granting the robots rights would make them less profitable for the company. The Robot Act was naturally supported by robots, but Sunny thought she was not helping robots fast enough and offered his help, accidentally scaring Annette. Opposition movements such as the Anti-Robot League popped up, such as unemployed mechanic Larry Newark, who Annette had tasked to spy on the ARL in exchange for a job offer, and her own daughter, Colbie, who hated her mother for caring more about robots than her. The opposition rallied around Howard Boehner on the most recent election, as he was opposed to the Robot Act. Knowing he would win, Annette exposed his gambling problem, guaranteeing her re-election.

The killer turned out to be unemployed mechanic Larry Newark.

Larry denied the accusations but then admitted to the crime. After losing his job to a robot, he then joined the Anti-Robot League to make Annette change her mind but the organization did nothing. Angry, he knocked the Mayor out with a robotic arm and crushed her like a robot with a car crusher, hoping that Howard Boehner would replace her and defend humans' rights. Originally sentencing him to 25 years in jail, Judge Dante increased the sentence to 40 years per Larry's request. 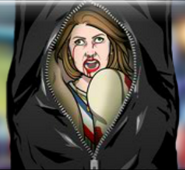 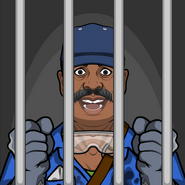 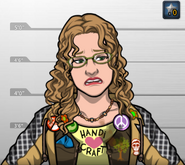 Colbie Arbor, Annette's daughter.
Add a photo to this gallery

Retrieved from "https://criminalcasegame.fandom.com/wiki/Annette_Arbor?oldid=469530"
Community content is available under CC-BY-SA unless otherwise noted.