Andrew Ashworth was the victim in Troubled Waters (Case #43 of Grimsborough).

Andrew was the heir to the Ashworth family fortune and their businesses. At the time of his death, he wore a gray jacket over a brown sweater vest with a white collar.

Jones was fishing on Martha Price's yacht when he had fished Andrew's body out of the water, cut in half. Nathan deduced from the tears on the body that Andrew was cut in half by rotors roughly twelve hours prior. Nathan later confirmed that the rotor wounds were a match with the Blue Party yacht. The killer had gone on the yacht with Andrew the previous night. Considering that the yacht was back in port that morning, Nathan deduced that the killer knew how to sail boats.

Andrew often frequented Jezabela's Dungeon as a dominant, coming at least three times a week every week, recently with heiress Isabella Fairchild, who enjoyed not being treated as if she was so fragile. Due to her political values, Martha tried to get Isabella away from Andrew's influence in vain. Crime novelist Patricia P. Harris took Andrew as the main influence of the protagonist of her BDSM-oriented book, Fifty Tones of Gray, even following him around for "research". Meanwhile, Archibald Ashworth did not like his "insufferable" family, including Andrew, who he had caught stealing the mead that he sold. Andrew had also hired Donald Hopkins as a financial advisor, but Donald said he never listened to his advice, always investing in lost causes and losing money over it.

The killer turned out to be Isabella.

Isabella told the team that she broke things off with Andrew after he had started trying to control her outside the dungeon, going so far as to dictate what she ate. Andrew kept insisting on flirting and courting her. Knowing he would not stop, Isabella agreed to see him the night of the murder when they eventually got on the yacht. Andrew wanted to tie her up, but she suggested taking a dip in the cold water first to heighten their senses. After he jumped into the water head-first, Isabella rushed to the cabins and started the engines, and drove over him to slice him in half; all the while Andrew thought it was a game. Judge Hall sentenced her to 12 years in jail with eligibility for parole in 6 years. 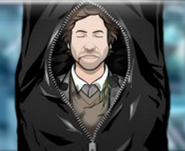 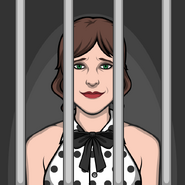 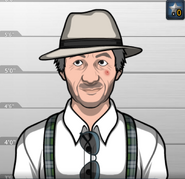 Archibald Ashworth, Andrew's grandfather.
Add a photo to this gallery

Retrieved from "https://criminalcasegame.fandom.com/wiki/Andrew_Ashworth?oldid=451771"
Community content is available under CC-BY-SA unless otherwise noted.