Anatomy of a Murder is a case featured in Criminal Case, appearing as the twenty-fourth case of the game as well as the city of Grimsborough. It takes place in the Historical Center, a district based in Grimsborough.

Jones and the player went to the Grimsborough Museum, where Jones challenged the player to find some hidden objects there to demonstrate their skills to Mayor Johnson. When the player found a suspicious-looking mannequin, Jones realized that said mannequin was actually the taxidermied body of Wilfred Turnscrew, writer of mystery novel The Death of Rosie Woolf.

Mid-investigation, Nathan told the team that he had found a bug in the victim's throat, leading the team to deduce that a disused garden at the edge of the forest was the true crime scene. Later, Jones asked the player to interrogate the curator, Cornelia Trent, as that was how the killer was caught in Wilfred's novel. Afterwards, the team found the skinning knife used to kill Wilfred and arrested its owner, hunter James Savage. The team then found enough evidence to arrest Cornelia.

Upon the arrest, the team told Cornelia how they deduced that she had witnessed James beating Wilfred to unconsciousness and took the opportunity to kill him right then and there. Still insisting her innocence, Cornelia was sent to court where she finally recounted how the museum was losing visitors because tourists were more interested in the sights provided by Wilfred's novels. As she could not take the museum's financial situation anymore, she decided to taxidermy Wilfred and put him to display to get everyone's attention back to the museum. Judge Hall sentenced her to life in jail.

James Savage
Add a photo to this gallery 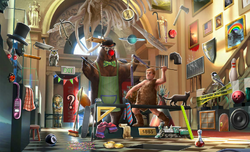 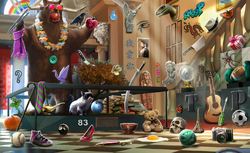 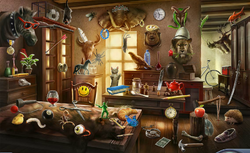 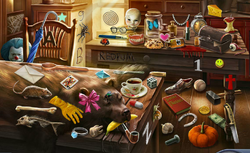 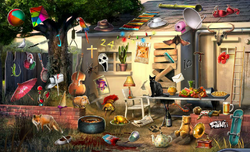 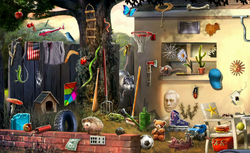 Junk Heap
Add a photo to this gallery

Retrieved from "https://criminalcasegame.fandom.com/wiki/Anatomy_of_a_Murder?oldid=447045"
Community content is available under CC-BY-SA unless otherwise noted.