The Murder of Amanda Love (s3)

Amanda Love was the victim in The Murder of Amanda Love (Criminal Case: Save the World-exclusive).

Amanda was found dead by the police in a suite at the Hamilton Hotel, her throat slashed. Next to her corpse was a bloody knife, which was immediately registered as the murder weapon. Her autopsy revealed that the killer was right-handed, due to them having slashed Amanda's throat using their right hand.

The killer turned out to be a US ambassador named Douglas Patterson, whose motive for killing Amanda was never stated. He was sentenced to life in jail upon arrest (not shown on-screen). 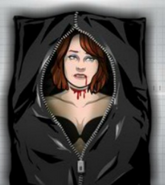 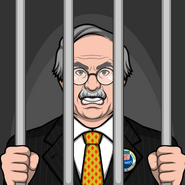 Douglas Patterson, Amanda's killer.
Add a photo to this gallery

Retrieved from "https://criminalcasegame.fandom.com/wiki/Amanda_Love?oldid=502632"
Community content is available under CC-BY-SA unless otherwise noted.