Captain Alejandro Pratx was a suspect in the murder investigation of Bureau agent Michelle Zuria in The King's Shadow (Case #48 of World Edition), prior to which he was mentioned during the events of Murder, He Wrote (Case #44 of World Edition) and Shadow Nation (Case #45 of World Edition).

Alejandro is an 81-year-old Antarctica explorer and SOMBRA member. He has short grey hair, with a goatee and mustache. He dons an olive-colored jacket with a pin on it over a white-collared shirt. It is known that Alejandro smokes cigars.

Alejandro was a captain of a failed Antarctic expedition made by SOMBRA. According to his granddaughter, Lorena Pratx, Alejandro and the other explorers were kicked out of their Antarctic territories by the Argentine government. He, along with all the other explorers, dispersed to different countries. While Lorena did not reveal where he moved before she was born, Jack and the player found her birth certificate, which per Dupont, proved that Alejandro moved to the Sovereign Democracy of Luzaguay, a little-known country 700 miles west of continental South America.

Alejandro became a suspect after Carmen and the player found his ferry ticket at the crime scene. He confirmed to them that he was the man who sailed to Antarctica back in the 50's. When asked why he was in Campanilla and if had anything to do with SOMBRA, he said those days were behind him and it was time for a younger generation to take over. When informed of the murder that occurred, he said he was sorry to hear that and that not everyone was lucky to live long enough to be his age.

Alejandro was spoken to again about a postcard he sent to his granddaughter in prison, which mentioned El Rey. He laughed at them mentioning that he could be El Rey, and said he had been hiding in the shadows for decades, questioning why he would even come out now. Carmen let him know that they would catch El Rey if he was responsible for killing Michelle, but Alejandro passed along a message from El Rey saying they have to leave now if they did not want to end up like their friend. Because of him threatening the Bureau, Carmen placed Alejandro under arrest.

Despite his links to SOMBRA, Alejandro was found innocent after the team incarcerated Arsenio Castillo for Michelle's murder and for leading SOMBRA's various schemes. It was later reported that Alejandro was to be sentenced later as an accomplice to SOMBRA. 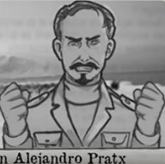 Alejandro's picture in a newspaper clipping in Murder, He Wrote (Case #44 of World Edition). 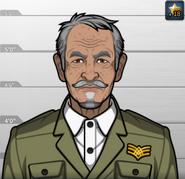 Alejandro, as he appeared in The King's Shadow (Case #48 of World Edition). 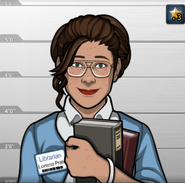 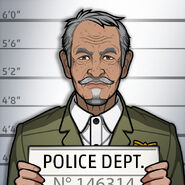 Retrieved from "https://criminalcasegame.fandom.com/wiki/Alejandro_Pratx?oldid=430220"
Community content is available under CC-BY-SA unless otherwise noted.