Akiko is a 32-year-old baker who has short-black hair and brown eyes. She wears a pink lipstick and a white chef coat. On the left side of her coat, she dons a memorial poppy.

Akiko is a baker who specializes in designing cakes.

Akiko was brought into the investigation when Jones and the player found a designer cake flyer matching the description of the cake with razor blades that killed Jerry Bigwall. She said that she did not like Jerry because he did not respect her cakes. The team then asked her if she put the razor blades in the cake, and she quickly answered that she would never destroy her career to murder a person who never respected her cakes.

Akiko was interrogated a second time when the team conducted a DNA test which exposed Akiko as Jerry's child, which she kept secret from the police. She told the team that it was never proven if Jerry was her dad or not. Akiko then said that her mom used to work in a hotel as a maid, and Jerry wooed her mom that he would take care of her. When Akiko's mom found out she was pregnant with her, Jerry called her mom a liar, and abstained to see Akiko's mom again. Akiko watched her mother struggle to raise her on her own, and never married since Jerry's deceit. Akiko's mom died 5 years prior to this case, and she would make Jerry admit the truth Akiko's mother wanted to hear. When she saw Jerry's dead body, the hatred was unjust and she wanted to view Jerry as nothing but a stranger.

Akiko was proven innocent when Mitchell Westville was arrested for the murder of Jerry Bigwall. 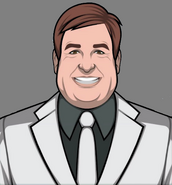 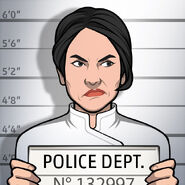 Retrieved from "https://criminalcasegame.fandom.com/wiki/Akiko_Tanaka?oldid=457879"
Community content is available under CC-BY-SA unless otherwise noted.