Adam was a 30-year-old socialite with dark brown hair parted to the right side and swept to the left, and he had blue eyes. In each of his appearances, Adam wore a black suit, and underneath it, he wore a white shirt with a black bow tie.

In his first appearance, it is known that Adam had read The Prince, played tennis and used sunscreen.

In his second appearance, it is discovered that he knew aeronautics, had chemistry knowledge and wore contact lenses.

In his third appearance, he wore a green jewel brooch on his suit.

Jones and the player brought Adam into the investigation when they found a copy of "The Prince" which he filled up by practicing forgery of Jerry Bigwall's signature. Adam did this as he admired Jerry's signature.

Adam was interrogated a second time when they found out that he was using a mask similar to Jerry's face. He said that he was not a member of The Livingstone Club, Jerry's club. He really wanted to be a member, so he thought if he practiced his penmanship and "got under his skin", he could enter his club. The team opted to put Adam in the police headquarters' interrogation room until Mitchell Westville was proven guilty of Jerry's murder. Although Adam needed help following Mitchell's incarceration, Adam was proven innocent for the first time.

One Wedding and a Funeral

Adam returned when Lola Vallez was supposed to get married but the wedding ended when Walter Fairbanks died in a plane crash, in which the police deduced the plane crash to be murder. Adam was questioned by the police once again when the team pieced a simulated plane gift with his writing incriminated by Alex. There, Adam told the team he was taught how to fly by Walter and because of his chemistry knowledge, managed to learn how to maintain planes as well. This made Adam a very strong suspect in the investigation.

Adam was questioned a second time when the team pieced a "taunt" photo album together and felt Walter deserved the album because he was misled by Walter. Walter taught Adam how to wear contact lenses, wear classy suits, but felt that he was nothing but a tool of the victim. Adam also told the team that he was being looked down at because he was not from an affluent clan, but the second conversation made the team suspect Adam a bit more. In spite of what Adam told the team, he was found innocent a second time when Esteban Vallez was indicted for the murder.

Adam was called into a murder investigation the third time after team found out that the victim, Roland Vane, placed Adam's name on a revised will. Adam claimed that he hardly knew the Opera director, but wanted to thank him for placing his name on the will, but Roland was murdered, in which Adam mourned for the loss of a life, and fled away from the police. Officer Jones and the player returned to the station to gossip about Adam always fleeing away from discussions when Chief King started to take a personal interest in the murder investigation as he wanted the team to keep a close eye on Adam and report any new developments.

Adam was interrogated a second time at the Livingstone Club. Adam said that he could not help the team but Jones brought up Roland as being Adam's foster brother. Adam told the team that he had secrets to keep but admitted that both Adam and Roland grew up in the same foster home, but they did not meet again until Roland moved to Maple Heights. Adam wanted to keep his relationship with Roland a secret because he just wanted Maple Heights to see him as one of their own but often at times, Maple Heights look down on him since Adam was not from an affluent background. Jones did not hesitate to tell the Chief that Roland was Adam's foster brother, and the Chief knew that Adam had a bad habit of lying ever since the player was promoted to Maple Heights. Samuel viewed Adam as a conman and felt that Adam was trying to do something to Mayor Johnson and would not hesitate to hold Jones accountable if Adam did something bad to Howard.

Adam was proven innocent for a third time after Annabel Stewart was detained for murdering Roland, but Samuel needed the player to accompany him as Adam was in the Mayor's entourage, but knew that he also hanged around with Martha Price (as revealed in One Wedding and a Funeral) as the Chief wanted to take matters into his own hands.

Adam told the player and Samuel that he dropped an important letter in the Livingstone Club but Samuel told Adam that he would find it for him at the condition that he stopped snooping around. The letter was found and it was revealed to be the final rally for the Red Party but Samuel could not see that Adam was an important aspect of the Red Party, so Samuel went back to the Livingstone Club to hand the letter back to Adam, but Samuel also wanted to know as to how Adam received an invitation to the Red Party's final rally. Samuel chewed on Adam because of election security but Adam told Samuel that he needed some slack due to stress.

Jones and the player found Adam shot dead in the Red Party's headquarters the day of the mayoral elections. They sent the body to Nathan, who deduced from Adam's relaxed position that he had trusted his attacker. Due to the clean shot between the eyes, Nathan deduced that the killer knew how to handle guns. Furthermore, he calculated from the bullet's trajectory that the killer was right-handed.

Later, the team found a gun near the election podium. After Alex confirmed from its serial number that it was Tony Marconi's gun, he said that Nathan had confirmed it as the murder weapon from its bullet.

Adam was an avid supporter of Mayor Johnson's campaign. However, Chief King thought that he was trying to do something bad to the Mayor, arousing his suspicion. Adam also frequently visited Lola, who had been trying to get rid of Adam after she had seen him trying on Walter's clothes and imitating his voice, first by giving him a one-way plane ticket and then by asking Zack Holden to do so in exchange of giving him sexy pictures. However, Zack failed as Adam did not listen to him. Adam had also tried getting a loan from Alden Greene as he could not afford his lifestyle in Maple Heights.

In a shocking turn of events, Chief King turned out to be Adam's killer.

When Jones and the player went to arrest the Chief, he refused to say his motive, only saying that it was unrelated to the Mayor. When Jones said that he was going to testify in court, he once again refused, pointed a gun to his head, thanked the player for working with them, and shot himself in the temple.

Soon after his suicide, King was revealed to be a member of the secret society called the Crimson Order. Later, it was revealed that King killed himself as they would kill his granddaughter and then him if he ever confessed as to why he killed Adam. Finally, the team was able to find an order to execute Adam issued to Chief King by Serena Johnson. Serena said that Adam had tried to blackmail the Order into paying him after discovering the existence of the gold mine they were using as their headquarters, and so he had to be silenced. Judge Hall then sentenced Serena to life in prison for her involvement in the Order and for masterminding Adam's death. 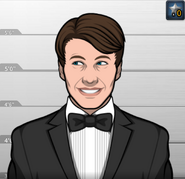 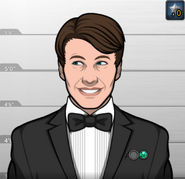 Adam, as he appeared in Snakes on the Stage (Case #50 of Grimsborough). 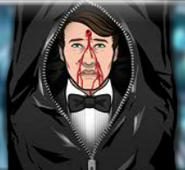 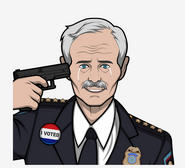 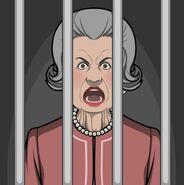 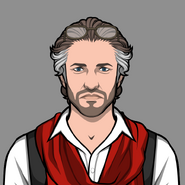 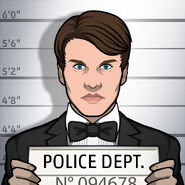 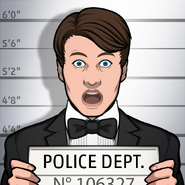 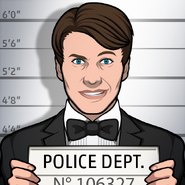 Retrieved from "https://criminalcasegame.fandom.com/wiki/Adam_Bentley?oldid=546468"
Community content is available under CC-BY-SA unless otherwise noted.