Abigail was a 17-year-old teenager with green eyes and straight platinum blonde hair. She attended a private high school and was the daughter of Martha Price, mayor of Grimsborough.

Grace and the player found Abigail dead on a deck chair in the beauty parlor. They sent the body to Nathan, who confirmed that she had died of fatal burn wounds inflicted by a laser aimed at her heart. He had also found a handprint on her arm blurred by the presence of talcum powder, meaning that the killer was in contact with talc.

Grace and the player later found a hair removal laser in a trash can in the parlor. After Nathan confirmed it was the murder weapon, he said that the blue powder on the laser was a common brand of blue eyeshadow, meaning that the killer wore blue eyeshadow.

Charlene Cody was the beautician tending to Abigail when she was murdered. Charlene resented the victim and most of her other clients, though, after being forced to do dirty work for them while they still pretended to be better than her. Abigail was best friends with Sabrina Kingston, whom she caught buying drugs from Veronica Johnson. Meanwhile, Veronica herself hated Abigail for stealing her popularity after becoming president of the Purity Fellowship.

Abigail had gotten pregnant but got an abortion according to advice from her mother, who did not want Abigail's life or her own mayoral campaign ruined. After the investigation was over though, Martha lamented over not spending enough time with her daughter. Serena Johnson had discovered the pregnancy (and later, the subsequent abortion) and was planning to use it to ruin Martha's campaign by divulging it to the press.

The killer turned out to be Sabrina.

Because she did not know the drugs she took were fake, Sabrina had gone to Abigail to ask for urine samples so she can pass the drug tests for her college applications, but she refused to help. She then went to the treatment room and tried to intimidate Abigail into helping by pointing a laser at her, but she gave in to her anger at her friend and fired at her heart. Judge Hall tried her as an adult and sentenced her to 20 years in prison, with eligibility for parole in 10 years. 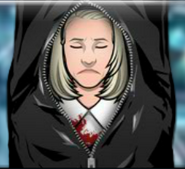 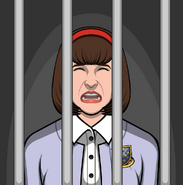 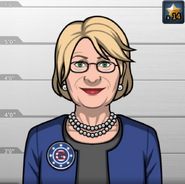 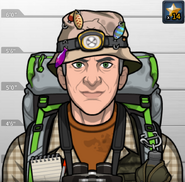 Ernest Emerson, Abigail's first-cousin-once-removed.
Add a photo to this gallery

Retrieved from "https://criminalcasegame.fandom.com/wiki/Abigail_Price?oldid=504179"
Community content is available under CC-BY-SA unless otherwise noted.