Criminal Case Wiki
Register
Don't have an account?
Sign In
Advertisement
in: Cases, Cases in The Conspiracy, Misty Grove

Gloria Hayes (All Chapters)
David Jones (2 tasks in Chapter 1)
Gabriel Herrera (Under the Dome 3)
Jasper Everett (1 task in Under the Dome 3)
A Rock and a Hard Place is a case featured in Criminal Case as the thirty-third case of The Conspiracy (Season 5) and the two-hundred sixty-fourth case overall. It takes place in the Misty Grove district of Grimsborough.

Jones and the player headed to infiltrate DreamLife's meteorite lab after nightfall on Chief Parker's orders. However, they found dome chief of security Barb Bellamy decapitated inside the lab next to the crystal meteorite.

The team was given a twelve-hour investigation period per Judge Powell's negotiation with Rozetta Pierre, who accused Jones of the murder after catching him standing over the body. Additionally, Chief Parker put Gloria on the case instead. Mid-investigation, Gloria and the player suspected that someone was spying on them from the power supply room. Later, Rozetta shortened her deadline, giving them only three hours to finish the investigation. Despite the time pressure, the team was able to incarcerate janitor Cyril Shelwater for the murder.

Upon admitting to the murder, Cyril said that he felt that the meteorite had magical powers. That night, he went to hug the meteorite in order to get "transformed" by it, but he was caught by Barb as he was starting the embrace. To stop her from getting in the way, Cyril grabbed a rock saw and decapitated her. Judge Powell sentenced him to 20 years in prison, with mandatory counseling, and removed all charges against Jones.

Post-trial, Gloria and the player found a box of crystals in the meteorite lab. Per Mortimer Pickering's analysis of a core fragment, the meteorite was made of the (previously theoretical) element Berzelium. After lab technician Emilio Fuller let slip that they injected a rabbit with Berzelium, the team found the rabbit in the meteorite lab. Mortimer told the player that the Berzelium had suppressed the rabbit's immune system. Knowing that the meteorite had also been able to heal a plant (per Amir's previous analysis of a radiation sample), Mortimer concluded that Berzelium had two opposing effects: enhancement and suppression of an organism's immune responses.

Meanwhile, Gabriel and the player found DreamLife's notes on Jasper Everett during his application interview in order to get Amir to stop pushing Jasper away to cope with Rupert's death. After all the events, Chief Parker promoted Amir to Lab Chief. She also told the team that they needed to find proof of DreamLife's ill intent with the meteorite and that they were not to alert the press regarding their findings under the dome. The team then resolved to bring DreamLife down. 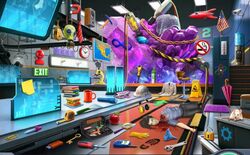 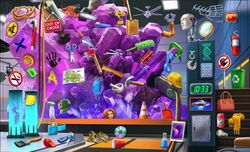 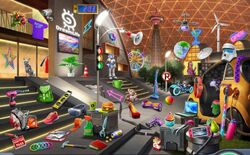 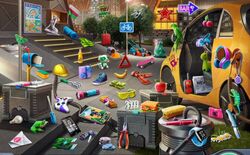 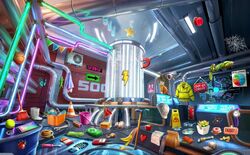 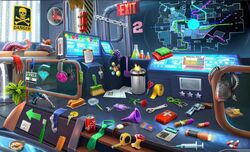