A Pointy End is a case featured in Criminal Case as the forty-fifth case of The Conspiracy (Season 5) and the two-hundred seventy-sixth case overall. It takes place in the Spring Fields district of Grimsborough.

Gloria and the player decided to confront AgriMeadows CEO Julia Brine at the company's offices. There, they instead found the body of company employee Christy Cole, poisoned and foaming at the mouth.

Soon after, Cathy had found out the victim's whereabouts before her death, which was revealed to be an AgriMeadows warehouse. Later, Mia Loukas told the team that a mob of farmers were demanding to reopen the corn fest so they could obtain some corn seedlings. After the team collected enough evidence, they arrested AgriMeadows' warehouse's supervisor Abel Dreschner for the murder.

Upon admitting to the murder, Abel said that after her fiancé's death, Christy had started investigating how the corn fields burned and why AgriMeadows was growing a secret stash of corn that could grow on charred soil. When Christy confronted Abel about "the truth about the corn", he filled a syringe with cyanide and injected her in the neck at the office lobby so he could not be the "fall guy". Refusing to disclose the secret, Abel was sentenced by Judge Powell to 20 years in prison.

Post-trial, Gloria and the player went to the AgriMeadows warehouse to retrieve a sample of their corn, which (per Amir) was infused with Protozane, meaning that Fornax's plan was to mass-distribute Protozane. They then talked to Abel, who told the team he did not know of the Protozane in the corn, only that the modifications were unethical. He then told the team of a safe disguised as a painting in AgriMeadows HQ, which the team then found. Inside, they found documents, which (per Cathy) proved Julia Brine's identity as Fornax and her plans to orchestrate the corn crisis and spread the Protozane-infused corn. Furthermore, the painting contained the codenames of all five members of Ad Astra, namely Fornax, Andromeda (aka Rozetta Pierre), Orion, Cassiopeia, and Perseus. The team then arrested Julia for criminal conspiracy.

Meanwhile, climate change activist Oswin Piper showed Jones and the player a drone that would help make the charred fields fertile, which they presented to Sheriff Roy Loukas. After all the events, the team vowed to unmask all of Ad Astra.

Norma Cole
Add a photo to this gallery

Roy Loukas
Add a photo to this gallery 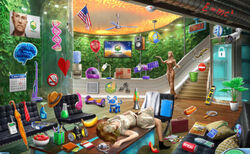 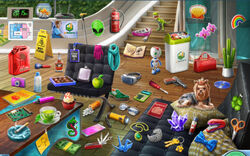 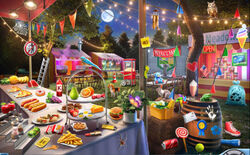 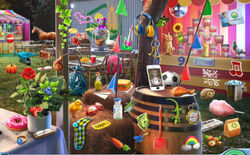 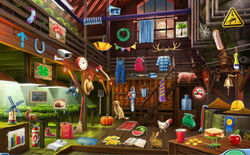 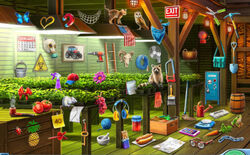 Corn Plants
Add a photo to this gallery

Start a Discussion Discussions about A Pointy End