Jack Archer (All Chapters)
Zara Tien (1 task in Chapter 1)
Orlando Ordelaffi (Sink or Swim 2)
Mary Read (1 task in Sink or Swim 2)
A Pirate's Death for Me is a case featured in Criminal Case as the twenty-second case of Travel in Time (Season 6) and the three-hundred thirteenth case overall. It takes place in Age of Sail.

A week after disembarking from Cape Verde, the HMS Highmore docked in Port Braxton to restock on supplies. In a nearby tavern, Blackbeard approached Jack and the player to befriend them. The team then watched as Blackbeard collapsed dead after he had realized that the orange he ate was poisoned.

Mid-investigation, Orlando accidentally fell into the water while exploring the Black Sparrow. Later, pirates Mary Read and Rags started fighting over captaincy of the Black Sparrow. The team then found enough evidence to arrest tavern owner Lincoln Matuszak for the murder.

Lincoln said that he had overheard Blackbeard finding the map to Rackham's lost treasure. Knowing that he was telling the truth, Lincoln planned to steal the map from Blackbeard's pocket and kill him afterwards. He executed the plan, injecting poison into an orange which he gave to Blackbeard after the latter ordered a drink. Refusing to disclose the treasure's location, Lincoln was handed over to the authorities.

Post-arrest, Captain Shadrach said that he had heard that the Egyptian Trading Company was planning to bet at least twice the amount that the East India Company were willing to bet in the Tortuga auction. To procure more fortune to beat the Egyptians, the team interrogated Lincoln about the treasure. After Lincoln slipped up that he had hidden the map in a peg leg, the team found the map in the tavern, which they sent to Penelope to decode. After the treasure's location was successfully pinpointed, Shadrach said that it was in an island lying in extremely treacherous waters, but that they were willing to take the risk to win the auction.

Meanwhile, Orlando and the player determined that Blackbeard had named Mary Read as his heir to his ship, and successfully convinced the ship's crew to accept her as their captain. After all the events, the team traveled to the island, only for the ship to crash.

Captain Shafra
Add a photo to this gallery

Captain Shadrach
Add a photo to this gallery 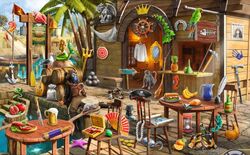 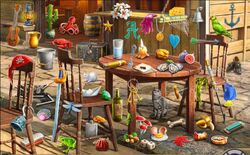 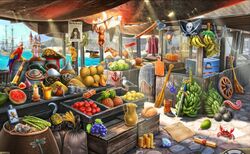 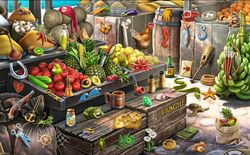 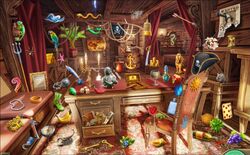 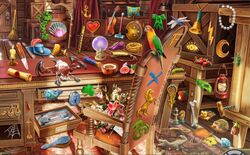 Blackbeard's Desk
Add a photo to this gallery

Retrieved from "https://criminalcasegame.fandom.com/wiki/A_Pirate%27s_Death_for_Me?oldid=514913"
Community content is available under CC-BY-SA unless otherwise noted.