Gwen Harper (All Chapters)
Hope Newman (The Call of the Wild 1)
Priya Desai (1 task in The Call of the Wild 1)
A One-Wolf Open Slay is a case featured in Criminal Case as the eleventh case of Supernatural Investigations (Season 7) and the three-hundred thirty-third case overall. It is the first case to take place in the Rockies.

The team headed to Aspen, Colorado, following the unknown message telling them to stop investigating into the demons. On the morning before Christmas, however, Priya, who had transformed into a werewolf due to the full moon, broke loose from her cage and went missing. Gwen and the player then started to look for her at a skiing slope, only to find supernatural hunter Ruth Wu gored to death by a werewolf.

Mid-investigation, the team flagged the real Santa Claus as a suspect after he put Ruth in his "naughty" list. Shortly after, a disheveled Priya showed up at the team and admitted to the murder, believing she killed Ruth during her transformation, prompting the team to flag her as a suspect. Later, Santa's reindeer under the guise of a werewolf caused havoc at the Christmas market. Soon after, much to the team's surprise, they discovered market vendor Annette Strong's identity as an alpha werewolf. Eventually, the team found enough evidence to incriminate ski lift operator Sam Ellis for the murder.

Sam admitted to the murder and his werewolf identity, claiming Ruth had murdered his son, who was still a harmless werewolf cub. Upon recognizing Ruth at the slopes and still grieving over the loss of his son, Sam waited for the full moon to transform into a werewolf and brutally gored Ruth to death. The team handed Sam to Annette, who banished him into the woods.

Post-trial, Gwen and the player went to the slopes for some Christmas fun. However, they found a lifeless lion cub with no visible wounds and a threat attached to it. Per Priya, who was getting well enough for work, the lion cub's body contained traces of sulfur, proving it was a demon who killed the lion. She also discovered traces of werewolf fur in the message, hinting that a werewolf was in cahoots with a demon. Priya then accompanied the player to talk to Annette, who denied that someone from her pack would be associated with a demon. Annette then offered Priya to be a member of her pack, which Priya rejected.

Meanwhile, Hope and the player repaired Santa's GPS and returned it to him. After they unsuccessfully got Santa to reveal Hope's biological parents' identities, Gwen and the player gave her a guinea pig as a gift. After all the events, the team celebrated Christmas together. Shortly after, Annette messaged Priya, saying her pack was moving to Utah, prompting the team to head there in order to locate the suspicious werewolf. 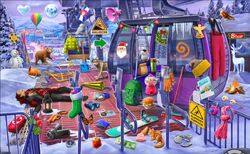 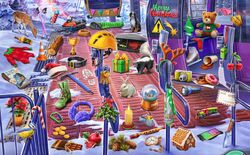 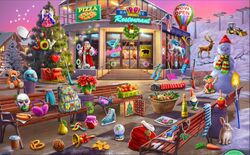 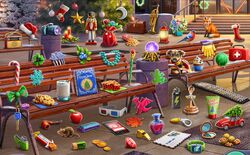 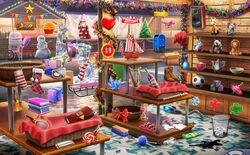 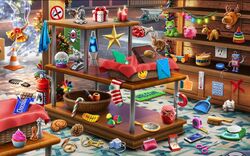