Luke and the player went to the poppy field near an amusement park named Aquamarine City in Kansas to look into Agnes Leek's enigma, only to find the park's entertainer Norm White tied to a nearby tree and pecked to death by crows.

Mid-investigation, the team decided to check out the castle ride in Aquamarine City after seeing a colorful display there. Later, they caught young girl Dolly Hale trying to leave Kansas. After persuading Dolly to stay until the investigation was over, the team found enough evidence to arrest amusement park owner Frankie Sparkles for the murder.

Frankie said that he got very mad when Norm turned in his resignation papers. Determined to have nobody leave his employ, Frankie invited Norm out for drinks then tied him up to a tree. He then spilled some violence-inducing elixir near Norm and let the crows drink it and peck Norm to death. The team then handed Frankie to the cops.

Post-trial, good witch Belinda asked Felix and the player to find her crystal ball so she could help them locate the missing children. After finding, verifying, and returning Belinda's crystal ball, the team discovered through her scrying that the children were kidnapped by witches who intended to eat them on Walpurgis Night, the witches' most holy sabbath. While she would not be informed of the location of Walpurgis Night until the day itself, Belinda promised to help the team rescue the children, giving them her crystal ball for easy contact.

Meanwhile, Agnes' magic compass pointed Luke and the player to Dolly's dog Tutu, prompting the team to find the dog, only to discover Tutu frothing at the mouth at the poppy field. After Priya determined that he was poisoned by Vixenglove berries, Felix suggested that he be injected with vampire blood as an antidote. Luke and the player then gave Tutu to vampire Fabien de la Mort who readily agreed to save Tutu's life. They then returned Tutu to Dolly, warning her of the vampiric side effects of the procedure. Shortly after, the compass which Agnes gave the team glowed again.

After all the events, the compass needle pointed to Aquamarine City, where Luke and the player found Agnes' letter to the team, explaining that they had passed her test. She then said they would convene again after Walpurgis Night to impart to them the mind protection spell. The team then prepared to leave on Belinda's signal. 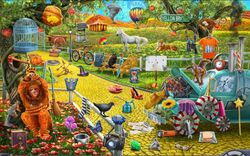 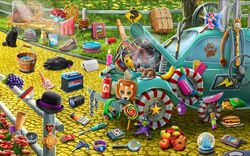 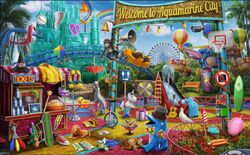 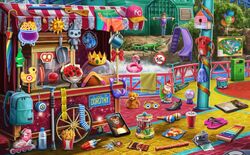 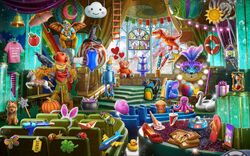 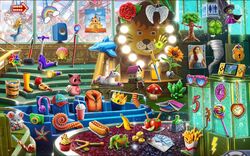