A Murder Carol is a case featured in Criminal Case as the fourth case of Mysteries of the Past (Season 4) and the one-hundred seventy-fifth case overall. It takes place in the New Haven district of Concordia.

Isaac and the player were having a walk through New Haven streets before Christmas Eve when a gust of wind blew Isaac's hat. They went to a dark alleyway to retrieve it, but ended up finding the body of gambler Rowdy Rick with his skull open.

During the investigation, a chimney sweep named Pip fell through the victim's chimney. Later on, Maggie Scrubber, the victim's landlady, hit Constable Ramirez from the Concordian Police Department in the head with a frying pan when he secured Rick's bedroom. The team found enough evidence to arrest gambler Trickster Tim for the murder.

After denying involvement, Tim admitted to the crime. Tim had beaten Rick in a game and the latter refused to give up his lottery ticket (which was the payment for his debt), making Tim angry. Intolerant to his stubbornness, Tim hit him in the head with a broken brass tap, killing him. Judge Takakura sentenced him to 12 years in jail.

After the trial, Isaac and the player investigated the gambling room Rick played at and found a magnifying glass inside his jacket. Per Viola, the magnifying class belonged to John Koll. When the team interrogated him in prison, Koll revealed that Rick was the one who had threatened him to burn evidence previously. The team then investigated Rick's room and found his wallet with a note in which an unknown person told him to pester Koll into burning evidence in exchange for money. Vinnie Costa, a friend of Rick and a street expert, reckoned that a very prestigious Irishman was commanding the operation.

After Evie and the player reunited Pip (who turned out to be a girl named Pippa Caffrey) with her parents, Maddie announced that she won the lottery with the ticket they retrieved during the investigation. Shortly after, the Flying Squad and the Caffrey family had a Christmas dinner.

Trickster Tim
Add a photo to this gallery

Officer Koll
Add a photo to this gallery 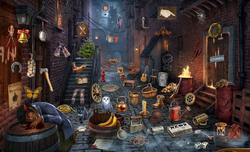 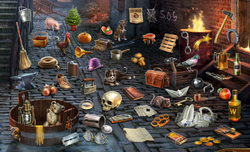 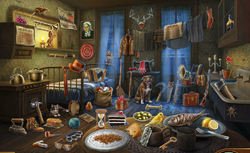 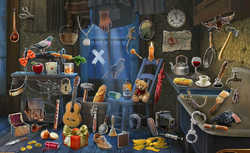 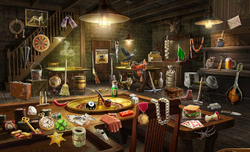 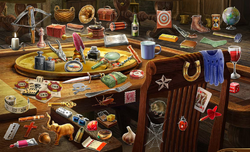 Card Tables
Add a photo to this gallery

Retrieved from "https://criminalcasegame.fandom.com/wiki/A_Murder_Carol?oldid=530017"
Community content is available under CC-BY-SA unless otherwise noted.