Zara Tien (All Chapters)
Jack Archer (The Art of War 1)

A Mongolian Tale is a case featured in Criminal Case as the twenty-sixth case of Travel in Time (Season 6) and the three-hundred seventeenth case overall. It is the first case to take place in Medieval Asia.

Upon the team's arrival in a 1235 Mongolian yurt village, villager Toduun accused them of killing his son, village chief Argat Noyan. The team was able to convince him to allow them to prove themselves innocent by finding the true killer, beginning by collecting Argat's body, having been stabbed in the neck.

Mid-investigation, Kai told the team he spotted a foreigner lurking around the yurts, which turned out to be Spanish explorer Santiago Sanchez. Later, path finder Erhi shot at a rabbit behind the team, scaring them. The team then found enough evidence to find Erhi guilty of the murder.

Erhi said that although she had rejected Argat's proposal to her, she was informed by a foreigner staying at their camp who had gotten close to Argat that he was planning to force her into marriage. Valuing her freedom, she followed the foreigner's advice and killed Argat by stabbing him in the neck multiple times with a knife. The team presented her to Toduun, who said he needed time to decide on her punishment.

Post-arrest, Erhi confirmed to Jack and the player that Ammon Bast was the foreigner she had talked to. The team then went to the village and found Ammon's phone, which (per Kai) proved that Ammon was resorting to a Plan B, where he was to provide Mongol leader Ogedei Khan with the weapons he smuggled from the Age of Sail. Toduun then told the team that the Khan was in Karakorum and that they needed a gift if they wanted to seek an audience with him. The team then found Argat's leftover money and bought a camel from Sorhon to present to the Khan.

Meanwhile, Zara and the player got some fur from hunter Mergen as Orlando needed it to make era-appropriate outfits for the team. After all the events, the team prepared to travel to Karakorum to stop Ammon's plan.

Sorhon
Add a photo to this gallery 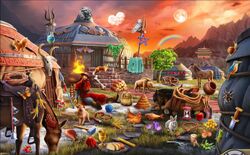 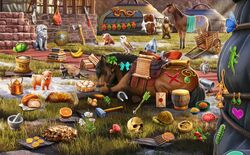 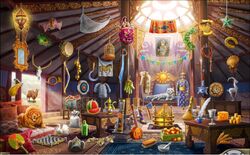 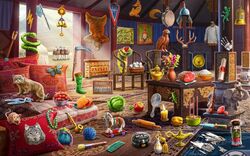 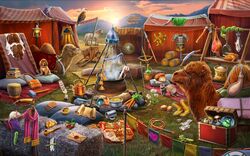 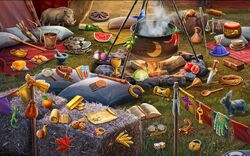 Firepit
Add a photo to this gallery

Start a Discussion Discussions about A Mongolian Tale