A Killer Among Us

A Killer Among Us is a case featured in Criminal Case, appearing as the one-hundred twelfth case of the game. It is the fifty-sixth case of Pacific Bay and the final one to take place in the Paradise City district.

Previously, Frank had volunteered to escort Danny Moto to the police station so he could give testimony about the "sixth man", the mastermind of the Mennagio heist. When Chief Marquez heard Frank getting into a car crash, she sent Amy and the player to the dam, where they found Frank cut in the head and Danny dead with a burn mark on his chest.

During the investigation, Frank, Hannah, and Russell became suspects. Later, Chief Marquez got a report of a missing spike strip in the armory, confirming that the killer was from the police. Furthermore, Roxie became a suspect along with Karen Knight, who had gotten back together with Frank. Moreover, Hannah confessed that she had unwittingly helped the heist gang and so thought herself to be the "sixth man." Despite this, the team found enough evidence to arrest Frank as Danny's killer.

Admitting to the crime, Frank said that Louis De Rico bribed him to leak information about the player's investigation into the heist. Although he wanted to stop, Frank said that Louis threatened to tell the player of his betrayal if he stopped giving information. After he acknowledged Louis was dead, Frank felt relieved, but soon panicked once again when Danny hinted that the "sixth man" was someone the team knew very well. Frank then stole a spike strip and a stun gun, offered to escort Danny, faked the car crash, electrocuted Danny with the slightly tweaked stun gun, and knocked himself out to avoid suspicion.

In court, Judge Dante sentenced Frank to 40 years in jail without parole. However, Karen arrived in the courtroom and held Chief Marquez hostage, demanding Frank's release. Amy threatened to shoot Karen, but Chief Marquez ordered everyone to stand down and let them escape to avoid more deaths. Before leaving, Karen hinted that she was the "sixth man," and then left the court with Frank.

Outside the courtroom, Russell finally admitted his true feelings to Amy before the two shared a kiss. The team later went back to the police station, where Chief Marquez told them to go after the fugitives' trail.

The two went to the dam, where they found Karen's tablet, which (per Hannah) suggested that the pair were going into the Wastes, which according to Roxie, was a polluted desert with fierce sandstorms and unforgiving weather. Meanwhile, the two also found Karen's files about the heist in the junkyard. Per Hannah, it was confirmed that Karen was the "sixth man" and that she arranged the heist as a diversion so that Louis could steal the plutonium for her. When Louis died, however, Karen got Frank to steal the plutonium during the murder investigation. Russell said that Frank had done this willingly to get back his family.

After Hannah and Roxie helped Amy and the player prepare for their trip to the Wastes, Chief Marquez wished them good luck and told them to go to the Wastes before Frank and Karen could get away.

Roxie Sparks
Add a photo to this gallery 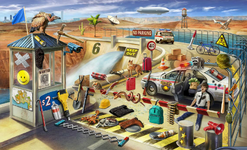 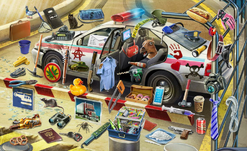 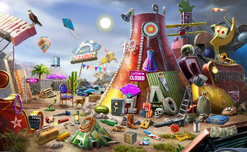 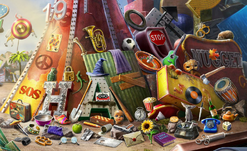 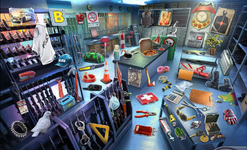 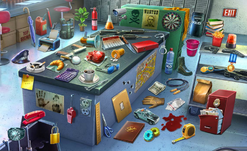 Weapons Locker
Add a photo to this gallery

Retrieved from "https://criminalcasegame.fandom.com/wiki/A_Killer_Among_Us?oldid=530197"
Community content is available under CC-BY-SA unless otherwise noted.