Zara and the player headed to the residence of Greek doctor Theophilos to treat Kai of his illness. Before the team could consult him, a city guard arrested Theophilos for the murder of High Priest Pelagios on the stairway to Mount Olympus, although Theophilos claimed that he did not kill him. In order to clear Theophilos' name, the two headed to Mount Olympus, where they found Pelagios shot with a poisoned arrow.

Mid-investigation, the arresting guard approached the team, intending to arrest them but later telling them that Theophilos would not be released until his innocence was proven. Later, model Solon went to the team, claiming to have tamed Cerberus while actually holding a bunch of puppies. They then found enough evidence to arrest Pelagios' wife, Zosime, for the murder.

Zosime told the team that Pelagios was planning to force her to have an abortion when she was informed that their baby would be a girl. Not wanting to lose her baby, Zosime shot Pelagios with a poisoned arrow. The city guard allowed Zosime not to be banished from the city as she was "carrying the miracle boy of Zeus" but Zosime chose to accept her punishment instead to live with some of her family in the small village of Agapelpida. The guard then freed Theophilos from custody.

Post-trial, Mark Antony tasked Jack and the player to find a message from Egypt in the temple garden. They found the message, which (per Penelope's decryption) said that Octavian was planning to burn Egypt. Fearing that Octavian's destruction of Egypt would cause a massive shift in history, the team warned Antony of Octavian's plans. Antony then left for Egypt immediately.

Meanwhile, Zara and the player helped Kai get better by consulting Theophilos and priestess Euterpe. After all the events, the team rushed to Egypt to stop Octavian from ruining history.

Euterpe
Add a photo to this gallery 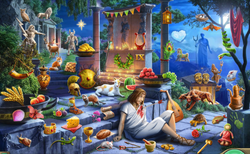 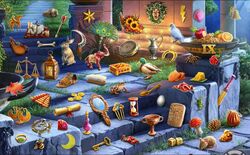 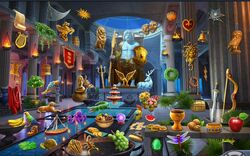 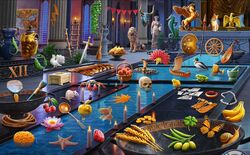 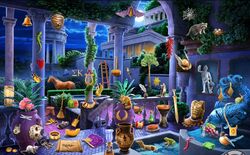 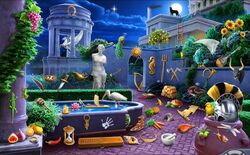 Garden Court
Add a photo to this gallery

Retrieved from "https://criminalcasegame.fandom.com/wiki/A_Greek_Tragedy?oldid=528005"
Community content is available under CC-BY-SA unless otherwise noted.