Jack Archer (All Chapters)
Angela Douglas (Innocence Lost 5)
A Death Wish is a case featured in Criminal Case as the one-hundred forty-fourth case of the game. It is the twenty-ninth case of the game's World Edition (Season 3) and also the fifth case to take place in East Asia.

The Bureau went to investigate the Kabuchiko Game Center in Tokyo to find Ronin Ozawa. There, Jack and the player found Yuto Watanabe, the leader of the Watanabe-gumi yakuza, shot in the head.

Soon enough, the cops arrested an English teacher going by the name of Emily Wallace for Yuto’s murder. After denial of involvement, Emily admitted that she shot Yuto so she could avenge the death of her fiancé, Shiro Watanabe, who was also Yuto's nephew and a member of his yakuza. Moments before Shiro's death, he had left the yakuza and had taken a lot of their money to marry Emily. On their wedding day, Yuto shot Shiro dead and then attempted to kill Emily, leaving her for dead. Surviving the incident, Emily plotted her revenge and shot Yuto with Shiro's old gun before he could successfully commit seppuku. Judge Adaku, who was impressed that she was able to take down one of the most dangerous men in all of Japan, sentenced her to 10 years in prison.

After the investigation, Jack and the player looked for Sanjay Korrapati, who disappeared mid-investigation. They found Suzuki Sakura's camera in the arcade, whose footage revealed that Ronin gave a gun to Sanjay and ordered him to blackmail someone. Ronin said SOMBRA paid the Watanabe-gumi organization to train the recruited orphans but did not reveal anything more.

The cops found a message from Tsukada Chieko (another orphan) to Sanjay in the yakuza's office telling him to call her via cellphone when he reaches his destination. Chieko said that she gave Sanjay a phone so that he could contact her if he found her brother Hiroshi while he was in southern Japan.

Meanwhile, Angela talked to her daughters about tearing Dollie Doll, only for the children to reveal that Chieko taught them to not be weak, thereby causing suspicion. After the events, Elliot tracked Sanjay's phone to Kyushu, the southernmost island in Japan. The Bureau took a plane there to find Sanjay and save him from SOMBRA’s hands. 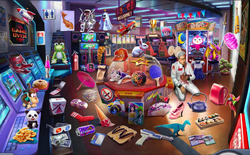 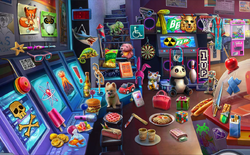 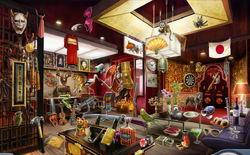 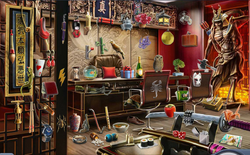 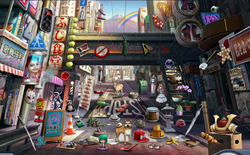 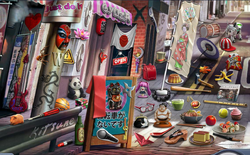