David Jones
A Deadly Game is a case featured in Criminal Case, appearing as the twentieth case of the game as well as the city of Grimsborough. It takes place in the Financial Center, a district based in Grimsborough.

After the police received a finger in the mail, with a note telling them to investigate further at a homeless camp. They then collected two more fingers and identified their victim as homeless man Steve Wood after beginning their investigation.

Mid-investigation, they questioned the residents of a loft the killer had sent them to, vassal Harper McAlister and her brother Tyler McAlister, before they discovered the victim's fourth finger and an iron maiden, which Nathan confirmed was the murder weapon. After the detectives recovered the final finger and the victim's body, they then incriminated Tyler as the sadistic killer.

Tyler then admitted that he wanted to kill someone. He knew that Steve lived in a homeless camp in Cooperville and that he had recently got out of prison, and therefore, Tyler took full advantage of it. He told Steve that he would help him to get back on his feet. The two met and Tyler took Steve to a creepy basement where he tortured the victim, cut off his fingers, ripped out and ate his liver, and finally killed him using an iron maiden, an old torture instrument. He then spread the fingers in different locations in a game with the police. Tyler's manner of manslaughter horrified Grimsborough anew, and Judge Hall sentenced him to life imprisonment with no chance for parole.

After the arrest, they helped mistress Jezabela find her missing lithography, Harper with finding her pills and ex-convict Lennie Adams with finding his missing watch so he could move away from the city.

Nelson Campbell
Add a photo to this gallery 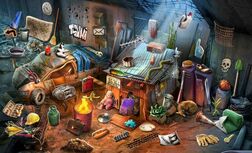 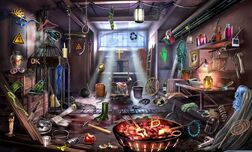 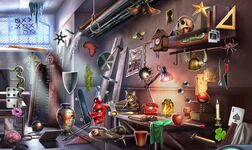 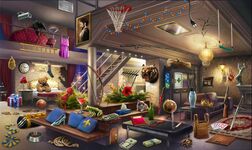 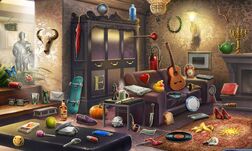 Couch
Add a photo to this gallery

Retrieved from "https://criminalcasegame.fandom.com/wiki/A_Deadly_Game?oldid=543770"
Community content is available under CC-BY-SA unless otherwise noted.