A Brave New World is a case featured in Criminal Case, appearing as the fifty-second case of the game as well as the city of Grimsborough, and the first one to take place in the Airport district.

The team followed Stuart Huckabee's plea to go to the natural harbor to physically dig to unmask the truth behind the murders happening in Grimsborough. Tedious hours later, David Jones and the player found a primitive victim, Pip Huckabee (determined by Nathan Pandit in the natural harbor), signifying what Stuart said was true.

Hours later and arriving at Herman Cavendish's lighthouse, Stuart was found murdered, with his neck slashed open and his tongue pulled out of it. The team had to consult Herman throughout the investigation through the power of storytelling since there was no other way of investigating a crime scene in the past (specifically the Pilgrim Ship of 1642), since some elements from the past may be linked to Stuart's murder. Herman was kind enough to surrender any artifacts from the past to the team that caught their attention. After immense investigation, it was found that Susan Huckabee, Stuart's sister, slew him.

After being arrested for the horrific murder, Susan claimed that she was trying to protect her family—Stuart was recently obsessed with proving about the fact that a secret society called the Crimson Order killed Pip back in 1642 as aforementioned. According to Susan, it was a secret which was meant to stay in the Huckabee family and not to get spoiled. Susan begged Stuart to stop his researches, but he did not listen, and Susan started seeing Crimson Order members everywhere she went, which she obviously considered a warning from them. The Crimson Order was threatening Susan to keep the secret or die, and since she was a mother, she could not risk putting her whole family in danger, so she decided to kill Stuart before it was too late. She slashed Stuart’s throat open and pulled his tongue out because she wanted to send a message to the Crimson Order promising them that they would not talk any more.

In court, Susan was being sentenced for slaying her brother horrifically, but Judge Hall requested Susan to tell them everything she knew about the Crimson Order. Susan refused to give out any information before the authorities as it would get her family in danger, and in spite of the police promising to keep the Huckabees safe, Susan said that no one in Grimsborough was safe from the Crimson Order and the only way she could protect the Huckabees was by not talking. Susan's horrific murder of Stuart and her refusal to cooperate with the Grimsborough authorities in outing any information leading to incriminating the Crimson Order's extensive list of crimes were grounds for a lifetime jail sentence.

Inspector Jones could not believe that Susan was ready to kill her own brother just to appease the Crimson Order. He said that the team knew about the fact that the Crimson Order existed in 1642 and used violence, intimidation, murdering, and anything to ensure that they would stay secret and nobody revealed their secret, but he was curious to know if Stuart, Susan, and Jason Palms were right about the Crimson Order controlling Grimsborough.

Susan Huckabee
Add a photo to this gallery 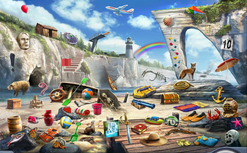 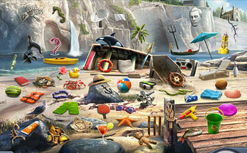 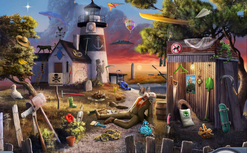 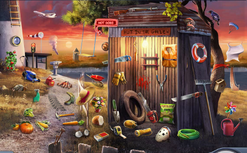 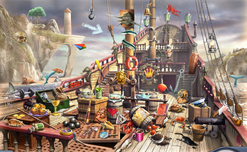 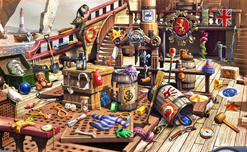 Main Deck 1642
Add a photo to this gallery

Retrieved from "https://criminalcasegame.fandom.com/wiki/A_Brave_New_World?oldid=527941"
Community content is available under CC-BY-SA unless otherwise noted.