3:10 to Death is a case featured in Criminal Case as the twenty-eighth case of Mysteries of the Past (Season 4) and the one-hundred ninety-ninth case overall. It takes place in the Coyote Gorge district of Concordia.

Upon Constable Ramirez's report, Isaac and the player went to the site of a train derailment, only to find Irish gangster Danny Dedalus shot dead with arrows.

The team learned from train conductor Erica Dupri that Danny derailed the train to get the gold being carried. Ramirez and his team then found the victim's hideout owned by Gibby Hayes. Later, the team stopped Vittorio Capecchi from snooping in the hideout. Not too long after that, the team arrested mine owner Dorothy McBain for the murder.

When Dorothy admitted to the murder, she mentioned that, prior to the events of the case, Danny had married her for prestige. However, she soon divorced him because he thought he could do whatever he wanted. He then sent her threats for years, swearing to get her money. When she found out that Danny was getting the gold from the train, Dorothy shot him with arrows to stop him. Judge Lawson sentenced her to 25 years in prison.

After the trial, Isaac and the player talked to Erica about the Concordia Railroad Company's potential affiliation with Vittorio. Erica said that she was told to always keep a locked box with her on the train. The team found the box with a document inside, which (per Evie) proved that Vittorio was selling the newly emptied plots of land to the company. Upon interrogation, Vittorio told the team that they had no proof of illegal activity. They then asked Vinnie Costa to testify against Vittorio in court. In return, they found his money in the hideout and returned it to him. He then agreed to testify against the gang.

Meanwhile, Maddie and the player searched the gold wagon to ensure Seamus O'Neill was not involved with the robbery. They found a locket with Giulietta Capecchi that proved they were in love. When they talked to Seamus, he said that he stowed away on the train to get to her.

The team later kept Vinnie in the town of Providence to keep him safe before he testified against the gang.

Vittorio Capecchi
Add a photo to this gallery

Vinnie Costa
Add a photo to this gallery 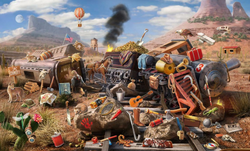 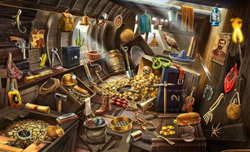 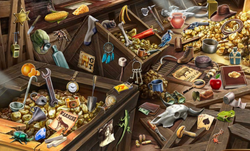 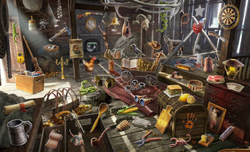 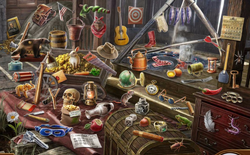 Shack's Fireplace
Add a photo to this gallery

Retrieved from "https://criminalcasegame.fandom.com/wiki/3:10_to_Death?oldid=409103"
Community content is available under CC-BY-SA unless otherwise noted.